Sweatpants, hair tied, chillin’ with no makeup on – that’s not exactly the first thing that comes to mind when we picture a flight attendant. But I’d caught Jessy* on her day off in her hotel suite near Pearson Airport. With comfort in her attire and a soda in the hand, she invited me in.

Just six months into her job, Jessy was full of stories. The typical crying babies and the loud bachelorette party groups on aircrafts seemed minuscule to some anecdotes she shared. The soon to be twenty-two-year-old graciously talked to me about harassment and discrimination while working in the clouds. 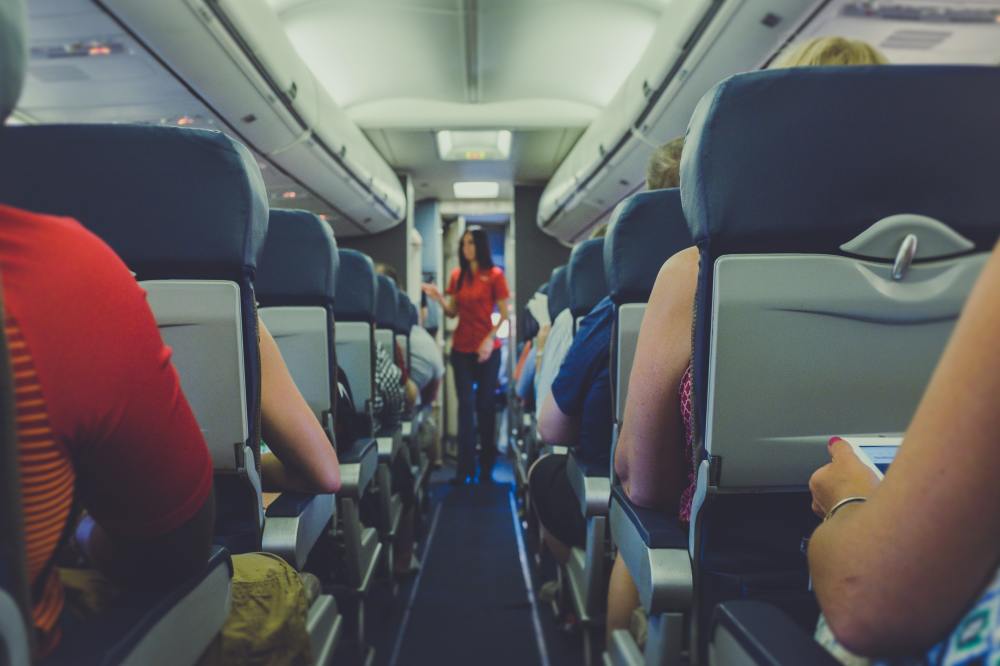 “Ever since I was a little girl, I always wanted to be a flight attendant”, said Jessy. “But this was a dream, the type of family I come from, I wouldn’t be able to do it.”

With so many stories of flight attendants being harassed by passengers and crew, Jessy feels her family was reluctant in the beginning to have her working in the same industry.

“[My family thinks] there is more of a chance of a guy approaching…. because I’m away from home, I’m on layovers, anything could happen.”

According to a 2018 US study released by the Association of Flight Attendants-CWA, in the past year alone, one-third of flight attendants said they experienced verbal sexual harassment by passengers. Out of the 3,500 flight attendants from 29 airlines, one-fifth said that they experienced the physical sort. Across their careers, 68% say they have endured some form of abuse.

For flight attendants, Jessy stressed, “Harassment is something that really messes [us] up. What if God forbid something happens? The mind doesn’t stay the same”.

She gave me an example of a passenger taking photos of her without her acknowledgement while she was in the brace position. “I have to sit with my legs straight, hands on my lap… we wear short dresses and it’s showy”, she explained.

Another passenger let her know what happened by passing this note to Jessy’s co-worker:

After landing, a supervisor searched the passenger’s phone but did not find any of Jessy’s pictures.

“I told my manager and she said ‘at the end of the day, we can’t really do anything about it. It’s freedom. We can’t stop anyone from taking pictures’. I was grossed out”.

The most common response to passenger verbal harassment, by order of frequency, are to avoid further interaction with the passenger, ignore the harassment or diffuse/deflect the situation, according to the study.

The study also stated that 68% of flight attendants say they have not noticed any employer efforts over the past year to address sexual harassment at work.

The Mississauga native also shared what it was like to be an Indian woman working for Canada’s second-largest airline.

The airline Jessy works for flies regional, that means “a lot of Montreal and Quebec City flights”.

“There are bilingual passengers who still speak to me in French when I initiate the conversation in English. I feel like they try to make me feel stupid because I don’t speak French. One time a passenger asked if I spoke French and I told him I don’t but I speak 4 other languages and he stopped talking.”

Jessy is proficient in Punjabi, Hindi, Urdu, and English.

She said flight attendants have their own Facebook group to share experiences. She recently encountered a post that said: “I don’t understand why we’re hiring Punjabi speaking FAs”.

For Jessy, the comment hit home. She went on Google and searched “the third most spoken non-official language in Canada” and pasted the link under the post.

Punjabi is the third most spoken non-official language of Canada. Jessy attested that she wasn’t one to “sit here and let racism slide.”

So why continue doing this?

What keeps Jessy coming back are moments she gets to meet and connect with new people. She recalled a time when a desi family sparked a connection with her after seeing her kara.

“[They] got so happy. His daughters came to the back and were talking to me… it’s not often you see an Indian flight attendant on Canada’s second largest airline.”

*the interviewee’s name has been changed to protect her career prospects.

Zahra is a Pakistani-Canadian media and culture enthusiast who travels to curate stories that are reflective and inclusive. She's also a wanna be polyglot that enjoys working out and talking to strangers on the subway. View all posts by Zahra Khozema